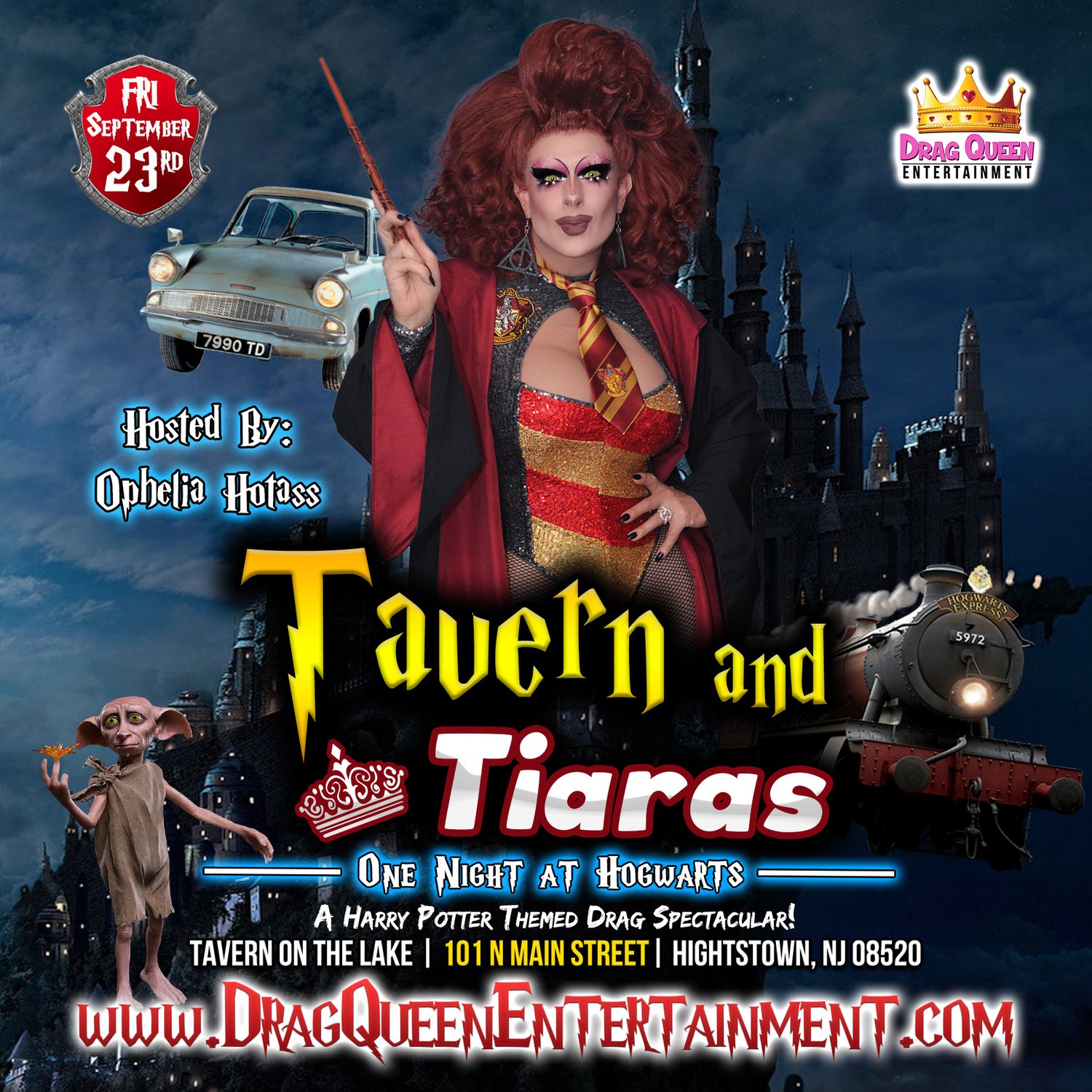 Get out your wands and head down to Platform 9 3/4, because we’re going to Hogwarts, DRAG QUEEN STYLE!

Get out your wands and head down to Platform 9 3/4, because we’re going to Hogwarts, DRAG QUEEN STYLE! Join us on Friday, September 23rd, as we transform Tavern on the Lake into the ultimate School of Witchcraft & Wizardry!

You can expect performances and parodies based on your favorite Fantasy Creatures including Harry Potter, Dobby, Voldemort, Hermione Granger, Professor Umbridge, Moaning Myrtle & MANY MORE! You’re in store for a night full of hilarious skits, side-splitting performances and absolute ridiculousness with some of Pennsylvania, New York and New Jersey’s Top Drag Performers!

This month, we’ve got Wizard themed games, give-a-ways and performances that’ll have you feeling the magic of Drag! Whether it’s your first Drag Show or your 100th, Tavern & Tiaras is a guaranteed great time for everyone!