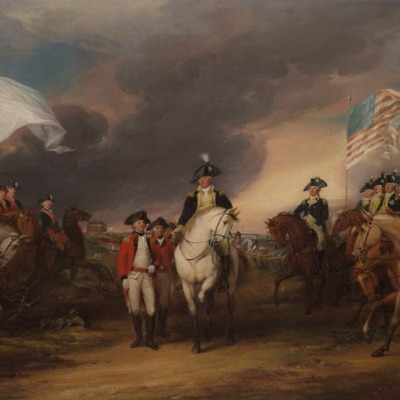 Just as it was in 1781, the Trent House grounds will host American and French infantry and artillery soldiers. Re-enactors will demonstrate how soldiers in the Continental Army under General Washington and America’s French allies under General Rochambeau lived during the 680-mile march from New England to Yorktown, Virginia, and how they prepared for the divisive battle that ended the Revolutionary War.

Two re-enactor organizations – Le Regiment Bourbonnais and Le Regiment Saintonge – will represent French infantry and artillery. Also participating will be re-enactors of African American infantrymen of the 1st Rhode Island Regiment and John Lamb’s Artillery Company. Demonstrations of military drills and camp life will take place throughout the free event as well as other family-friendly activities and historical talks.

Co-sponsors of the event include the Trenton City Museum at Ellarslie, the Lawrence Historical Society, and the National and New Jersey W3R organizations.